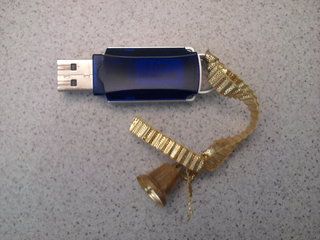 Patches are welcome, as always :-)

During our work in our preload department at SuSE we have to install our current image on several machines for each image version, which meant burning several DVDs per iteration (and there is typically one iteration per week!).
In order to ease this work flow I created an image for a CD or an USB stick for installing the latest image via network. It's also capable of installing arbitrary openSUSE / Fedora / Ubuntu versions, so you never have to burn another DVD if you have a reasonably fast internet connection.

This kiwi image builable for CD and USB sticks enables to install systems directly via Network, independent of their version.
It works through general installation sources via the "setupgrubfornfsinstall" script from Ludwig Nussel, or by dumping kiwi images reachable via nfs onto a harddrive. Beware, the later option nukes all partitions!
It is capable of updating itself when newer versions are available. Also, there are a number of root shells and support tools installed for diagnosis and repairing broken installations.

Expected use cases include, but are not limited to: